He has a goal, which is to compete for the title of Dutch Champion next year, so that he can continue to develop in the world of karting and hopefully make the step to motorsport. We work towards our customers’ goals and our organisation’s goals every day at WEMO too. What are the ingredients that Devon needs to work towards this goal? I’m curious… 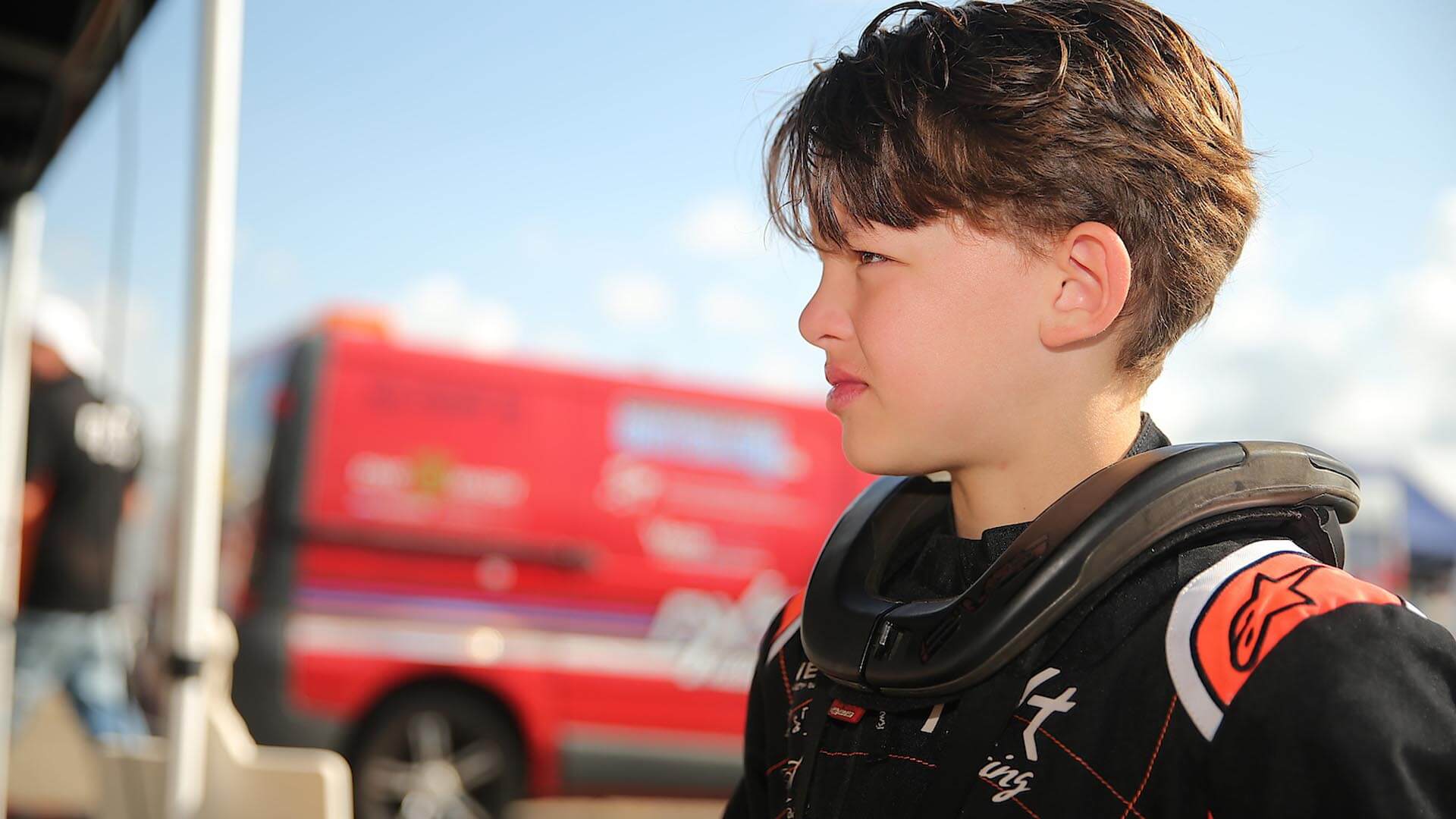 Last Sunday, I visited the fifth round of the Chrono Four-stroke Karting National Championships in Strijen. I met Devon Hagelen, age seven, who is relaxing after the first of his three races today, playing a card game called Halli Galli TOGETHER with his team mates, or ‘friends’ as he calls them. They are all eager to be the FIRST to touch the bell when they see the right card come up. Could it be coincidence – a reaction game as a way to unwind between the races?

The second race is starting soon. Devon walks back to the tent where his team, NXT Racing, are based and finds his father making the last technical adjustments to the kart TOGETHER with a good friend. Meanwhile, Devon puts on his body protector, zips up his suit, pulls on his gloves and secures his glitzy helmet. He tells me proudly that I need to look for no. 12, position 7. That’s the kart he will be driving. They walk to the Parc Fermé, with his father leading the way. Only the drivers and their chaperones are allowed to enter here, it’s just like a mini version of Formula 1. Once the checks are completed, Devon waits. His father gives him another pat on the back. From then on, I can see that they are both concentrating hard. What must be going through their minds?

The race has started! What a fantastic sight, all those young drivers at the wheel, the noise is quite something. They bump and overtake at more than 70 km an hour. After the start, Devon is quick to get into fourth position, oops, he drives onto the grass for a moment and then he’s in position 8. He manages to hold this place until the finish line.

Back in the team tent, there’s a lot going on. The race is evaluated, tactics are discussed, a sandwich is eaten and everyone is having FUN. Fathers, mothers and other supporters work TOGETHER. It’s a great atmosphere! There are tyre marks on Devon’s kart, made by other drivers. Team NXT moves straight on to checking and tweaking the kart based on Devon’s feedback, so that he can get back to it in the final, which will be starting soon. 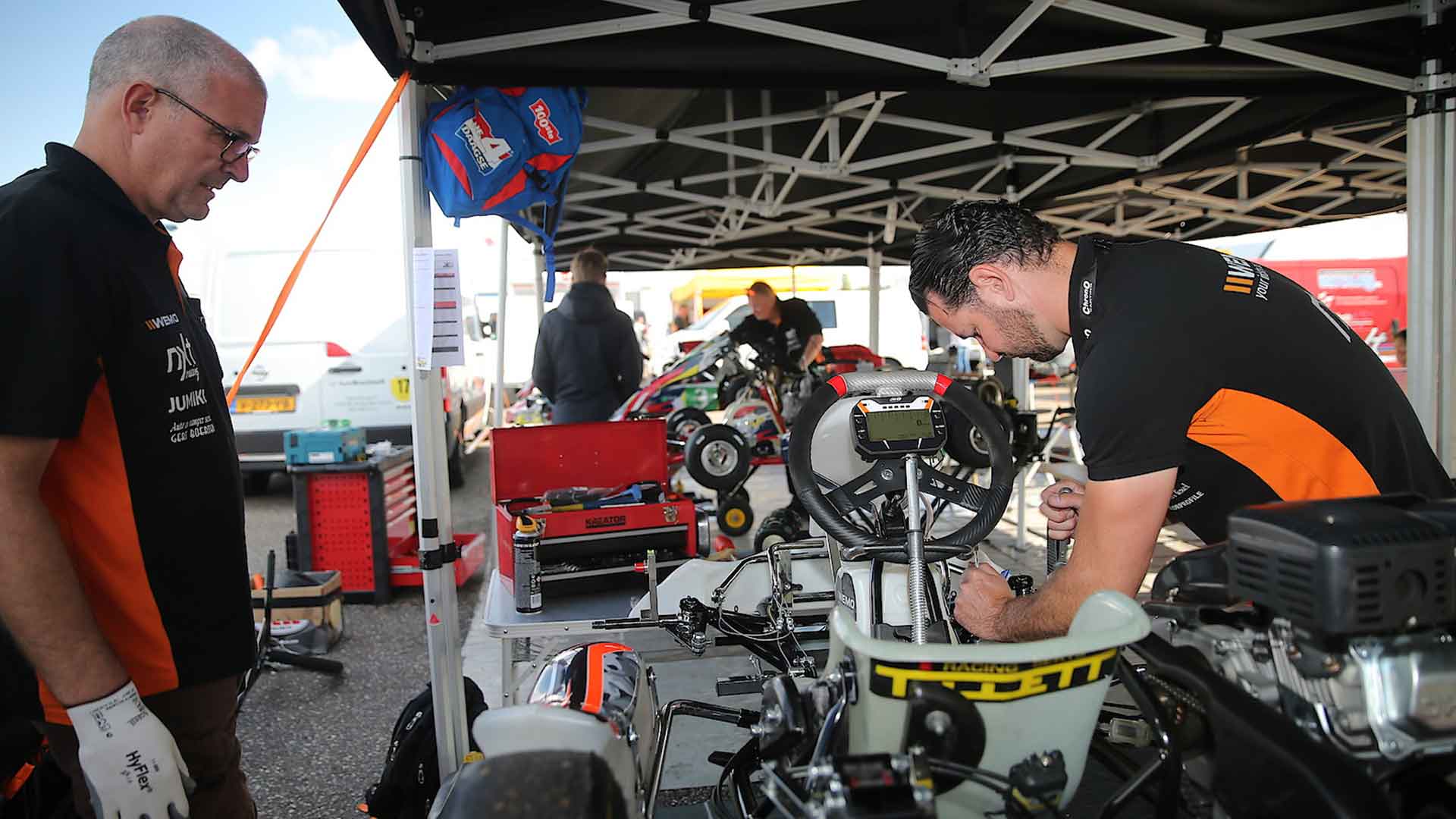 I sit down with Devon and his mates again and find out that he is the baby in his Parolin Rocky class. He is driving in this class for the first time this year (officially he is actually a Rookie in this class) and he is a member of the NXT Racing Team. “This is the best team in the Netherlands,” the boys tell me.

What is it that Devon likes so much about karting? “The main thing is that it’s really FUN and I enjoy spending the whole weekend TOGETHER with my TEAMmates, who are also my friends.” “And what I really love is overtaking and the feeling when you see the chequered flag and cross the finish line after a great race.” When I ask what you have to do to win, he answers, “Be better at corners than everyone else, go to bed early and be good at slipstreaming.” But what exactly is slipstreaming, Devon? “Driving behind someone so that they protect you from the wind, sitting low in your kart and then passing the other person on the bend.” What great experience and DRIVE Devon demonstrates, at just seven years old.

Devon trains every week to make his muscles stronger and he does exercises to improve his reaction speed. He even has a giant Playseat simulator at home, which he trains on a lot. So much preparation!

And then, after driving in two semi-finals, it’s time for the big final. Some of the 34 drivers who started are already no longer in the running and don’t have to take part in the final. Only the fastest 24 continue to the final race. Devon starts the final in P12 and is in the top 10 when it comes to times. The difference between drivers is sometimes just a couple of milliseconds! So it’s going to be a close race.

The red lights go on, the green flag is waved to signal that everyone is ready on the starting grid and then the lights are turned off…Go Go Go! Devon holds his position well in the first laps. Close to P11’s bumper and looking for a gap, with the kart in P13 right behind his own rear bumper. Just in front of Devon there’s a small collision which sends two drivers off the track; P10. Devon overtakes the driver in front of him; P9. And not long after he overtakes P8 too! But, unfortunately for Devon, he is also overtaken by faster drivers behind him. The positions are constantly changing. Eventually, Devon finishes in P13. He is tired. And disappointed. Where, at the start of the season, Devon was one of the youngest racing against boys aged ten, eleven and sometimes even twelve, often finishing in around 20th or 25th place, he is now truly competing with the top drivers in the fifth round of the national championships. The aim for this first national championship season was mainly to learn. Make mistakes, have FUN, learn how to overtake and how to stop others overtaking him. To manage all that and still not finish in the top 10 is hard to take. This FIGHTING SPIRIT is great to see and promises a bright future for Devon. He is growing through the competition and his teammates and ‘competitors’ can see that too. Luckily Devon is a little bit proud of that as well. 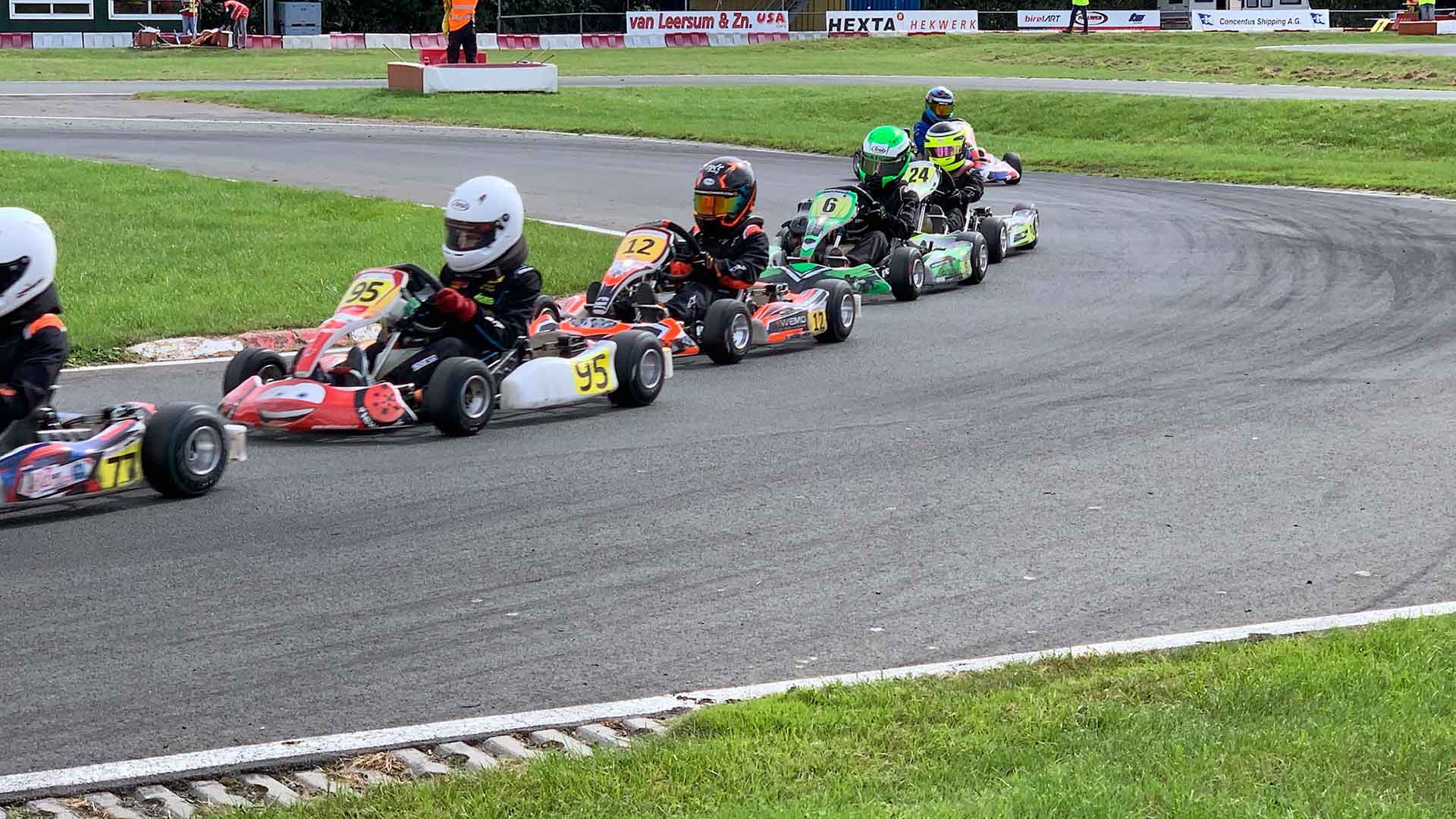 The ingredients to reach his goal are working TOGETHER, FUN, and a DRIVE to win. What a great day! These elements have a lot in common with our WEMO culture. A culture through which we can work TOGETHER, having FUN and with a DRIVE to win, in complete openness and with an informal atmosphere, to deliver future-proof solutions for our customers. We also support young talent just like Devon. We enjoy doing that and we are proud of it!

Want to follow Devon on Instagram? Search for ‘devonhagelen’ and head off on an adventure with him, WEMO and NXT Racing. 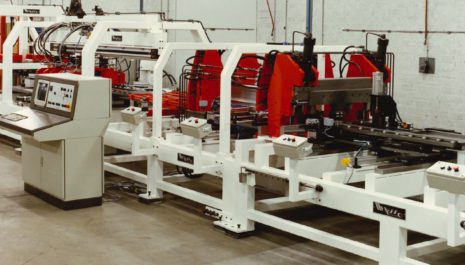 WEMO offers a completely overhauled punching-bending line for the production of panels such as shelves... 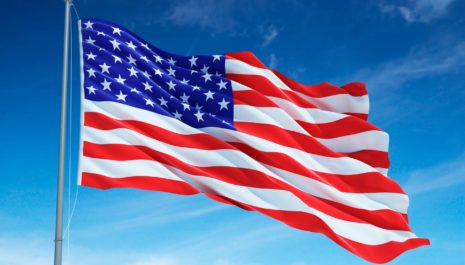 WEMO reinforces strategic positioning in the ...

In October 2019, during the Fabtech in Chicago, WEMO presented their automated Panel Bending Line and ...